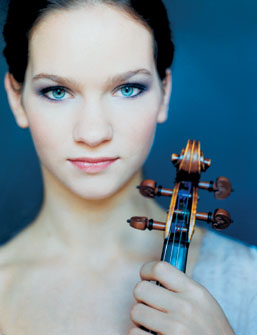 Music experts have called Hilary Hahn a „talent of the century“-and there is no doubt that she is one of the 21st century`s classical music icons. The young violinist jets from one concert to the next in the metropolises of the world with the professionalism and self-possession of a pop star. Anyone wishing to make a portrait of Hilary Hahn can only do so on the go.
We accompany the artist on her travels, which include stops at the Hong Kong Cultural Centre, the Berlin Philharmonie and the famous Abbey Road Studios in London. An intimate portrait emerges, of a cosmopolitan young woman who is able to fill well-known classical works with a new intensity that is also fascinating for young audiences.